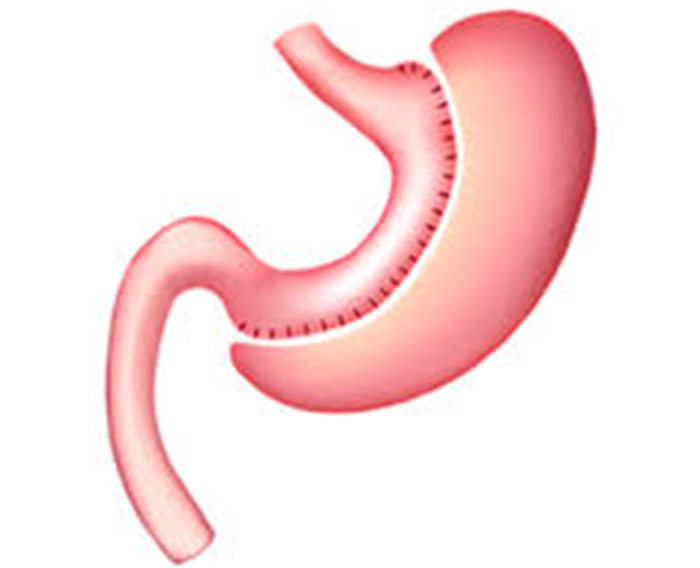 Gastric sleeve surgery is a safe and effective surgical weight loss method that allows people with obesity problems to lose weight which is done under general anaesthesia. Laparoscopic surgery is the most commonly used surgery today and is performed through a laparoscope, which means that the surgery will be performed on a small incision in the upper abdomen. The procedure involves removing about 80 percent of the stomach so that the rest remains in the form of a tube, no changes are made to the intestines.

With gastric sleeve surgery, the size of the stomach is reduced and the amount of food that a person can eat is limited. In addition, the part of the stomach that is taken contains the region where the hunger hormone is produced. Entering this area triggers hormonal changes, which help to reduce weight and keep people full for a long time by reducing food intake. Hormonal changes also help reduce health problems related to obesity, such as high blood pressure or heart disease.

According to another definition, through laparoscopic surgery, the tubular part of the stomach that ensures the continuity of the oesophagus and intestines will be preserved, and most of the stomach body will be removed.

In the operation, the part of the stomach that stretches and expands the most and manages the appetite is removed. The main purpose of this surgery is to reduce food intake by reducing the volume of the stomach. What’s more, it is a very effective surgery on appetite control and feeling of satiety due to the hormone called Ghrelin, which is secreted from the removed part of the stomach. Because it retains a normal intestinal tract, it is a more physiological method and will not cause complications due to malabsorption of nutrients. In recent years, this method has only been regarded as an effective bariatric surgery and has been used.

How is Gastric Sleeve Surgery Performed?

The entire procedure is performed by laparoscopic (closed) surgery method. Laparoscopic surgery is performed by making many small incisions. The ports placed through these incisions are used for hand tools to reach the abdomen. One of them is a surgical telescope connected to a video camera and the others are for the introduction of specialized surgical instruments. The surgeon watches the operation on a video monitor. With experience, an experienced laparoscopic surgeon can perform many procedures laparoscopically, just as in open surgery.

The abdomen is inflated by introducing carbon dioxide gas into the abdomen. Then, a special tool called a trocar is used to enter the inside of the abdomen. First, place a silicone tube from the mouth to the stomach outlet to adjust the remaining stomach width. It is separated from the adipose tissue surrounding the stomach, vessels and the adjacent spleen. Then, the excess part of the stomach is cut and separated with special devices called staples. There is still a stomach volume of about 80-150 ml.

This separated part is taken out of the abdomen and sent to pathology. Then, bleeding is controlled in the cut and stapled part. Additional metal clips can be used for this, or additional stitches can be placed if needed. Also, if needed, some special drugs can be applied to the wound site in order to reduce bleeding. Then, a silicone drain is placed in the area of the surgery to remove the accumulated fluids. The wound area is aesthetically closed, and the operation is terminated.

What are the differences between laparoscopic and endoscopic gastric sleeve surgery?

Endoscopic gastric sleeve surgery is a method in which a certain part of the stomach is reduced endoscopically, without incision, unlike classical surgery. After the procedure, the patient enters the process of losing weight in a healthy way, and permanent results can be achieved in a short time. At the end of the first year, the average weight loss occurs at a rate of 17-20%. In this way, the desired form is achieved both in terms of aesthetic appearance and many serious diseases caused by obesity are prevented. Laparoscopic gastric sleeve surgery is a surgical method that allows the patient to recover more quickly and feel much less pain than open surgery. Endoscopic gastric sleeve is the process of shrinking the stomach endoscopically, that is, by entering it through the mouth, without incisions. Laparoscopic surgery is a more comfortable and minimally invasive surgical method. After operations with this method, patients can recover faster and feel much less pain during the healing process. In addition, thanks to laparoscopic surgery, the duration of the operation is reduced, and the risk ratio is reduced.

What are the Possible Risks of Gastric Sleeve Surgery?

In gastric sleeve surgery, the common risks involved in each surgical procedure are also effective. The professional team should always be with you before, during and after the operation.

Possible complications specific to this operation are respiratory problems that may occur due to the mobilization of clots formed in the veins of the leg depending on the patient’s weight, especially leaks at the sutures and related abscesses and are seen in 1%. The reason for this reduction is the widespread use of the procedure, the increase in the number of experienced centres and surgeons, and the advancement of the technology used.

Is having gastric sleeve surgery in Turkey safe?

For gastric sleeve surgery, which is one of the most serious and difficult operations among obesity surgeries, you should definitely choose the right surgeon and country. Gastric sleeve in Turkey is the safest option for you. Because this sense, the most experienced surgeons and clinics serving in Turkey. You will also be safe in the time you spend in Turkey during surgery. With the tests and analyses performed before the surgery, it will be determined whether you are suitable for this surgery. In this way, your surgery will be done safely. In addition, even when you return to your country after surgery, you will be checked by the doctors and you will receive some advice on your nutrition program.

What are the Advantages of Gastric Sleeve Surgery?

Issues such as 40% to 70% weight loss in an average year, preserved stomach function due to no change in the stomach inlet and outlet valves during the operation, the possibility of low vitamin and mineral deficiency since no changes are made in the small intestine can be counted as the advantages of this operation.

In addition to these advantages of sleeve gastrectomy, performing the procedure with laparoscopic methods also provides advantages such as less pain relief need after the procedure, less risk of infection, faster recovery and return to daily activities, very small incisions in the skin and less hospital stay.

What are the disadvantages of gastric sleeve surgery?

Typically, there are minimal long-term complications. This surgery can be the first stage to a gastric bypass for individuals who are considered high risk. Disadvantages: You may experience nausea and vomiting if you overeat which can result in pain and/or stretching of the stomach.

It is common to experience some discomfort after gastric sleeve surgery. The pain will mainly tend to be from the abdomen, but you may also experience some mild left shoulder pain as a result of the gas (carbon dioxide) that is used to inflate the abdomen during the operation. However, whatever discomfort you do experience is usually quickly alleviated by simple painkillers.

What is the recovery process like after Gastric Sleeve surgery?

It is desirable for the discharged patient to quickly return to his daily life. Daily activities will reduce the risk of embolism. Laparoscopic gastric reduction surgery is an operation in which patients can quickly return to their daily life due to the closed method. In closed surgery operations, there are small incisions of about half a centimetre on the skin and these incisions, which are hidden stitches, heal completely after a week.

The suture of the reduced stomach will heal completely in about ten days. In other words, patients are at risk of leakage for about ten days. For this reason, heavy activities and solid nutrition are not recommended for the first ten days. If a patient undergoing surgery is not working in a heavy work done with muscle power, he can start working after a week.

What should I expect after gastric sleeve surgery?

During the first month, patients can expect an average weight loss of up to 30 pounds. After three months, the percentage of overall excess loss can reach up to 30 percent. That number increases to 50 percent after six months – which means the expected weight loss translates to about two pounds per week

What is the best age for gastric sleeve surgery?

Answer: There is no upper age limit for this type of surgery. However, the procedure is riskier for anyone older than 65. Obesity surgery — also known as bariatric surgery — limits your food intake. Some operations also restrict the amount of food you can digest

What is the average cost of a gastric sleeve in Turkey?

On average it would cost around 3500 Euros.